Earlier this week, former Seahawks, Lions, and Eagles wide receiver Golden Tate, who is currently a free agent, appeared on the Prostyle Podcast and let it be known that he’d love for the chance to play with TB12 & Co. next season:

“You gotta admire that organization. They do things right. They’ve been doing it for a long, long, long time. So, I’d definitely love to be a part of something like that and catch a few passes from ol’ Tommy Boy. Julian [Edelman] is a buddy of mine. I’m real good buddies with him and I’ve heard good things. Kyle Van Noy, who got traded from Detroit and has been there and has been balling out since, has said great things about the organization. I definitely would not mind going over there for sure.”

Tate and the Patriots would be a match made in Heaven. The 31-year-old has compiled 446 receptions over the past five seasons, which included four-straight 90-plus-catch campaigns in Detroit from 2013-2017. He is one of the very best slot receivers in the game, and his high football I.Q. and route-running prowess would make Brady drool. 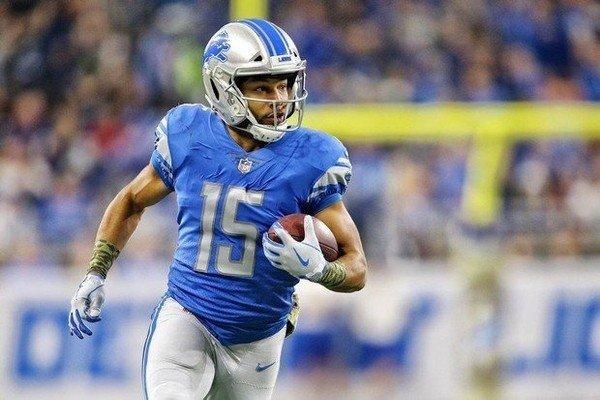 This guy was an absolute stud out in the Motor City.

Yes, the Pats already have one of the game’s best slot guys in Julian Edelman, but adding someone like Tate to the mix would give opposing defenses absolute FITS over the middle of the field. Tate’s presence would allow the Pats to do what they do even better: wear down the opponent with short, quick timing routes that help move the chains and kill the clock all game long. As much as this team could benefit from a big-play receiver on the outside – especially if Gronk leaves and Josh Gordon doesn’t come back – Brady has always been much more successful with smart, possession receivers like Tate. It almost makes too much sense.

Tate has also had at least four touchdowns in every season since 2012. He also finished with the 11th-most yards after the catch at the wide receiver position last year, so he actually does have some big-play ability as well. With Edelman being the only receiver of note who is guaranteed to be on the field for the Pats next season, the position will obviously need to be addressed this offseason. And rather than go out and spend lavishly on a player like Odell Beckham or Antonio Brown, the team could spend far less to bring in a guy like Tate, who would probably be much more effective in the Patriots’ system anyway.

I know, I know, the team doesn’t have the best track record with free-agent wide outs, but I would be absolutely shocked if someone of Tate’s caliber and acumen didn’t work out here. Again, this one just makes too much sense. MAKE IT HAPPEN, BILL!