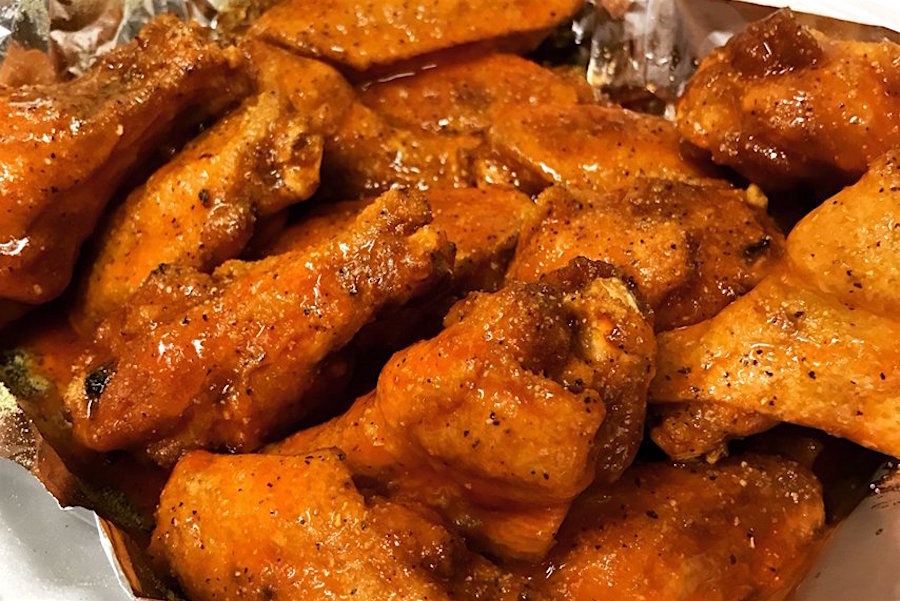 I don’t mean to sound like an old man, but I’m at @BWWings and I hate the new menu. Not the the food on the menu. I mean the physical menu itself. Borderline unreadable in this lighting. pic.twitter.com/DfrSpjCOPU

Hooters on the other hand doesn’t pretend to be something it’s not. Unapologetically campy,  Hooters consistently delivers great wings and ice-cold beers. Their breaded wings are the best in the business.

Bone-in vs. Boneless Unless I’m at Hooters, I’m going with boneless. If wings are the main course, sure, I’ll go with bone-in. But if they’re an appetizer, or if I have other plans that evening, boneless it is.  You’ll never catch me eating bone-in wings at a ballpark. Bone-in wings are so messy I borderline feel like I need a shower after eating them. I don’t wanna look like Costanza out there.

Blue Cheese vs. Ranch Gotta go with blue cheese dressing. The tangier dressing better compliments most wing flavors, and the thick and chunky variety is just more satisfying than ranch dressing. Don’t get me wrong I’d eat ranch dressing on anything, but the added flavors and spices of ranch dressing don’t always pair well with wing flavors.

Best Non-Buffalo Wing Sauce The Gold Fever sauce at the Ninety Nine Restaurant & Pub. The Gold Fever Wings at the Ninety Nine are right up there with the Fridays’ habanero wings as some of the best at a non-wings restaurant. It’s a shame that this place doesn’t exist outside of New England / New York (yet). For those outside the region, think of a mustard/barbecue sauce.

Coat those bad boys in some thick blue cheese dressing and your set. Wash ’em down with some $2 Bud Selects like your Vincent Chase and it’s 2009.

Yahoo! has more info on what wing deals are out there today.

What other topics will you be debating today? Let me know on Twitter @The300sBigZ