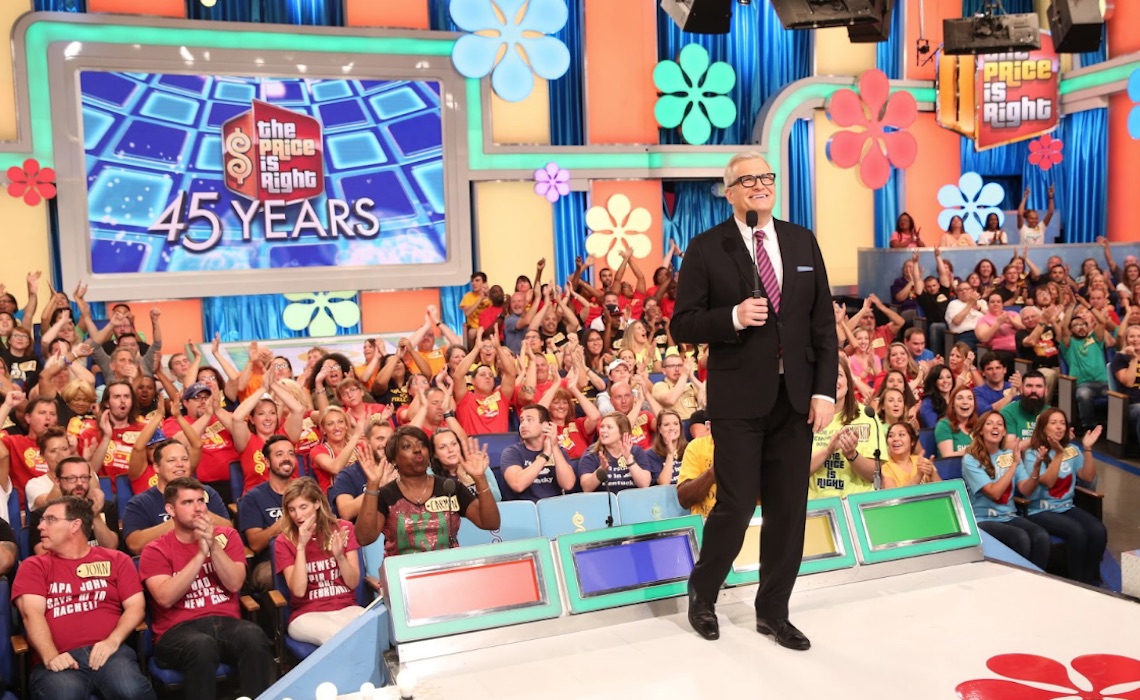 Soap Opera Network – Viewers are flocking to CBS’ “The Price is Right” as the legendary game show is achieving ratings highs not seen in more than four years.

For the week of March 30-April 3, 2020, the daytime broadcast leader in terms of viewers and numerous demographics posted its highest viewership numbers since the week of January 18-22, 2016, according to newly released Nielsen Media Research ratings data.

If your childhood was anything like mine, every sick day you spent home from school was spent with Bob Barker. Now, as so many of us stuck at home during the COVID-19 crisis, it appears that we are spending our days with Drew Carey.

Thankfully,  I’ve been able to work at home the last few weeks. I’ll be honest, though, my productivity dips around 11 AM each morning. I haven’t watched TPiR this frequently since college. Everyone remembers Plinko and Yodely Guy, but this has given me a chance to enjoy some pricing game deep cuts for the first time in a while. Which got me thinking…

You can only keep three:

I don’t care if I’m putting from the back line in Hole in One. I’d bet my mortgage I could sink that putt if given two chances and that larger-than-regulation sized cup. Cliffhangers might be the easiest game on the show. $25/$35/$45 never loses, I don’t even need to see the prizes. And Race Game just looks fun. As long as you hustle you have a pretty good shot at taking home at least a couple of prizes.

My honorable mention goes to Safe Crackers. I used to love it when they played the Pink Panther music for that game. Also used to love Golden Road, which has offered some of the biggest prizes in the history of the show. At this point in my life, though, I really don’t have the need for an $80,000 RV.

As for Plinko… I love Plinko as much as the next guy, but no one has ever won the top prize on that game. Obviously this is the whole point, but too much is up to chance for me in that game.

Blogger’s Note – I get all of my news from Soap Opera Network. Don’t judge me.

Tagged as: Drew Carey, Plinko, The Price is Right, TPiR