Yahoo Sports – “He’s the best teammate,” Amendola said of Brady. “He’s so competitive and what-not. I remember one story. It was my first week in the building. He wanted to play some ping-pong. I didn’t really know how to go about it. I know I was better than him. I didn’t want to beat him too bad because I wanted him to throw me the ball. “I knew I was better. Needless to say, his competitive nature unleashed a broken paddle by the end of it. It the reason why we love him, and the reason why he’s the best quarterback.”

What a phenomenal story; Tom Brady losing in a game of ping pong and just losing his shit and smashing the paddle into 1,000 pieces. It only adds to the legend that is Tom Brady. Listen, anyone can win 4 Super Bowl titles, multiple MVPs and Super Bowl MVPs, but it comes down to the uber, ultra competitive guys that go down as legends. Like Michael Jordan doing anything necessary to win, playing mental warfare with guys like the time he wrecked Muggsy Bogues’ career by pulling up in a playoff game and telling him “Shoot it you fucking midget.”

Or how about Kobe Bryant now that he’s retired legit naming his new company “13.” Chris Sacca shared a story of how Kobe landed on that name on Bill Simmons’ podcast relaying,  “Can you believe they drafted 12 other motherfuckers before me? He still wears that, man.”

And then of course, the classic story of a young Dustin Pedroia training at the famed Athletes Performance Institute in Arizona playing ping pong and shit talking 6’4″ Brady Quinn: “I’m going to rip this ball right off your throat,” Pedroia told him.

I want guys on my teams that lose their minds about losing in anything. Not the JD Drew’s and Adrian Gonzalez’s of the world who could give a shit. 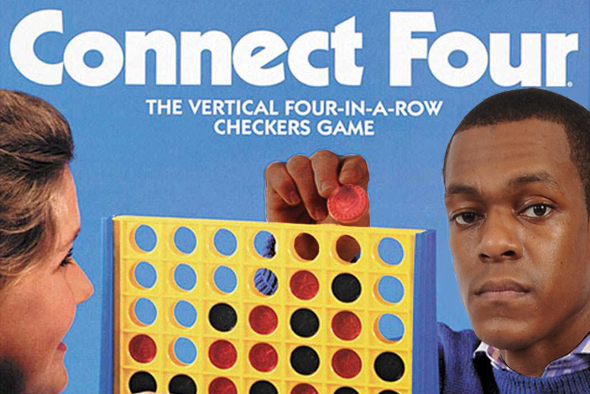