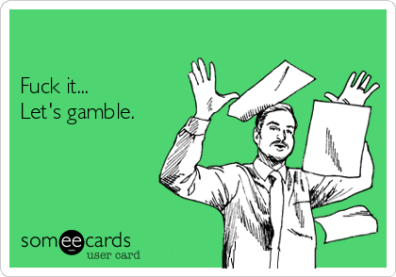 Another week, another one of the worst beats I’ve ever seen in a football game with the ending of that Kansas City game. Just ruthless. As always, all of our betting lines are courtesy of the Westgate Las Vegas SuperBook so blame them if the numbers change. Its that time once again to start playing fast and loose with our paychecks. Its Week 5 in the NFL, LETS GO 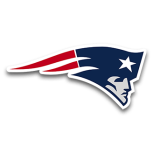 New England Patriots (-5.5, 55.5) at Tampa Bay Buccaneers
I picked the Pats to cover and cover they did.

New York Jets at Cleveland Browns (-1.5, 39)
There’s no way you’re going to actually put money on the Browns as a favorite are you? I sure as shit am not going to. I’ll take the Jets here.

Carolina Panthers at Detroit Lions (-3, 44)
Coming off their walkoff win over the Patriots, the Panthers have some momentum heading into Detroit. But the Lions are looking legit this year sitting at 3-1 in first place in the NFC North. It seems the Panthers are slowly figuring out the best way to use Christian McCaffrey with Jonathan Stewart together though so I’m taking the Panthers to cover here. 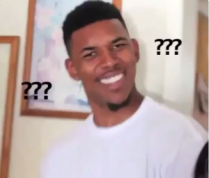 Tennessee Titans (NL) at Miami Dolphins
No Line for this game, so nothing to see here.

Buffalo Bills at Cincinnati Bengals (-3, 38)
Call me crazy, I’m taking the Bills here. I like Tyrod Taylor to have a big game against the struggling Bengals.

Los Angeles Chargers at New York Giants (-3.5, 44.5)
A battle of two 0-4 teams. Woof. I’ve been picking the Chargers all year and they keep disappointing so its hard to rely on them here. Giants are in the same boat, but with a fully healthy Odell Beckham I think they finally get on the board here. I’ll take the G-Men to cover.

Jacksonville Jaguars at Pittsburgh Steelers (-8.5, 44)
Steelers are pretty big favorites at (-8.5) so thats asking a lot, but it is the Jaguars. I can definitely see Pittsburgh winning by 10. Fournette’s been solid in his first year rushing for 285 yards and 3 TDs, but Big Ben is rolling with Antonio Brown whos got 30 catches for 388 yards and a score. So I’m taking the Steelers to cover the big spread.

Arizona Cardinals at Philadelphia Eagles (-6.5, 45)
Eagles look like they’ve found their QB of the future with Carson Wentz and while I’m still bummed about Short Guy Hall of Famer Darren Sproles going down, Philly is still rolling along. Not a huge fan of old man Carson Palmer, especially with the non-existant run gam post David Johnson, so I’m taking the Eagles to cover.

4 p.m. ET
Seattle Seahawks at Los Angeles Rams (-2.5, 47)
You gotta be shitting me? I know the Rams are off to a 3-1 start, but I refuse to take them as favorites over the Seahawks on a (-2.5) spread. Put some respeck on Seattle’s name. I’m taking Dangeruss and the Seahawks here.

Baltimore Ravens (NL) at Oakland Raiders
Seems to be a lot of No Lines this season, soo nothing to bet on here.

Green Bay Packers at Dallas Cowboys (-2, 52.5)
Its hard to bet against the Packers, who are 3-1 on the season going against the 2-2 Cowboys. The Pack just continue to plug and play guys like Aaron Jones and not miss a beat, but I like Dallas here. Feed Zeke all night long and win by a FG, I’ll take the Boys.

Kansas City Chiefs (NL) at Houston Texans
Another game with No Line. Moving on.

Minnesota Vikings (NL) at Chicago Bears
No reason to watch MNF if theres No Line. Carry on.