Note: I kind of enjoyed doing this last time so I am going to try and mix in one a week. Maybe I’ll get a regular day going at some point but not really possible with my schedule right now

–The Patriots did in fact play very well Sunday. I am still not ready to anoint them as Super Bowl contenders again though, yet. There is that something just missing. I guess I just don’t see us cruising to February by dumping the ball to James White and hoping rookie CBs continue lose Cordarrelle Patterson, maybe the worst route runner in football, in the maelstrom of an 11-on-11 football game. Add that to the fact that Gronk has been just less Gronk-like and I don’t know, I’m still worried. The D did look a lot better though and I think that group will continue to improve as weeks go on. But to end back on Offense, next week is the return of the Prince, the Boss…. 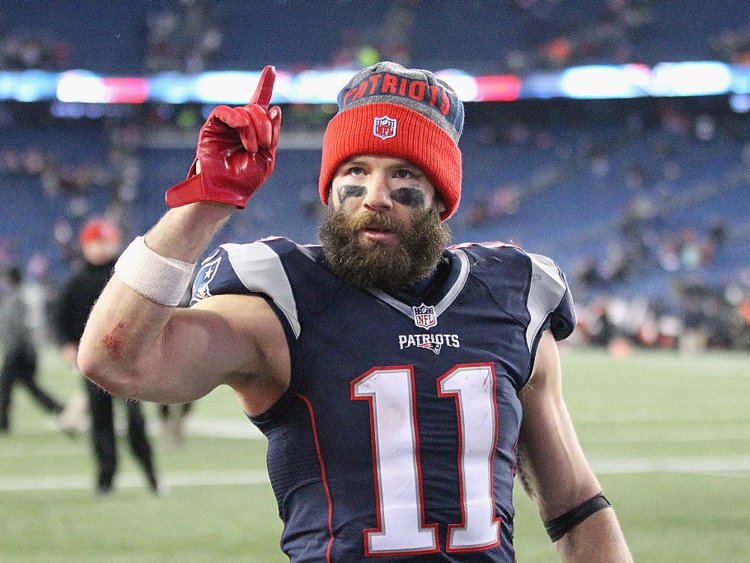 -Soooo this just popped up:

Whaaaaaat do you know. The guy who signed the MASSIVE extension suddenly just isn’t happy to be in New York. No one, and I mean NO ONE saw this one coming. Truly remarkable. Honestly though I can’t even imagine who has the cap space and that much of a need to bring him aboard. Seattle maybe? I really don’t know? More to come I suppose.

–Khabib vs. Conor is this Saturday which is crazy considering, again, the lack of overall press. They will do, as is customary, another press conference this Thursday, a little over 48 hours before they fight. Huge controversy in The 300s back-channels arose when it was discovered that despite massive hat sales Red would not be flying me out there credentialed. Kind of a missed opportunity but it’s fine. I’ll have my full UFC 229 write up posted sometime Thursday.

–Tom Hardy’s “Venom” movie is coming out, or came out, or something. This is the most perplexing movie pickle I’ve ever been in. I’m just not a comic book movie guy. I’ve explained off-blog but while I am not going to hate on them, they just don’t do it for me. On the other hand, I fucking love Tom Hardy, so what do I do? Add to it the fact that he is kind of a weirdo and could quit at any moment and I probably will end up at least On Demanding it at some point.

(This kills me every time)

–To stick with movies, the first trailer got released of Taron Egerton (Eggsy from the “Kingsman” franchise) playing and singing as Elton John. This one should actually be really cool, I thought this kid would have blown up long before this.

–In TV, both “Shameless” Season 9 and “It’s Always Sunny in Philadelphia” Season 13 have DESTROYED so far so get on that if you haven’t yet. While the former may be tough to just dive into, I think anyone with a brain could catch a random episode of “Sunny” and still have a good time. It’s honestly a timeless show.

–The first episode for this season of “South Park” also aired and…my Lord. (It was very funny).

@czarmqt Randy is desperate to help Sharon get her emotions under control and Cartman unexpectedly fails his math test. Don’t miss the #SouthPark22 premiere TONIGHT at 10/9c on Comedy Central. Reply #stop to unsubscribe. pic.twitter.com/KZbPVxOty6

–Watch Bill Burr’s “F Is For Family” finally and thank me later.

–Lindsay Lohan thought (see: jumped to an outraaageous conclusion based off of literally nothing) that a couple of refugee kids (in Russia I think?) walking with their Mom were actually being kidnapped and sold into sex trafficking and tried to save them or something. The Mom promptly punched her directly in the face. You should probably find the video, it’s wild. Girl is off the reservation. What’s more she is speaking in I think at times both Russian and Arabic as well as English in a Russian accent. This is very soon after she was asked why on earth she was speaking with an Irish accent. On Wednesdays we wear straight jackets.

Welp, that’s it for me for now. I’ll be back this afternoon for the fantasy football round up but other than that I got nothing apart from trying to not get fired for the next two working days while I spend all my time on the UFC229 write up. Ts and Ps for your boy.

Oh, also, apart from the night of said fisticuffs, I’ll be participating in Sober October this year. 100% of my friends are booze bags so if you have any suggestions of what in the fuck I should doing for the next ~30 days please let me know. Please?