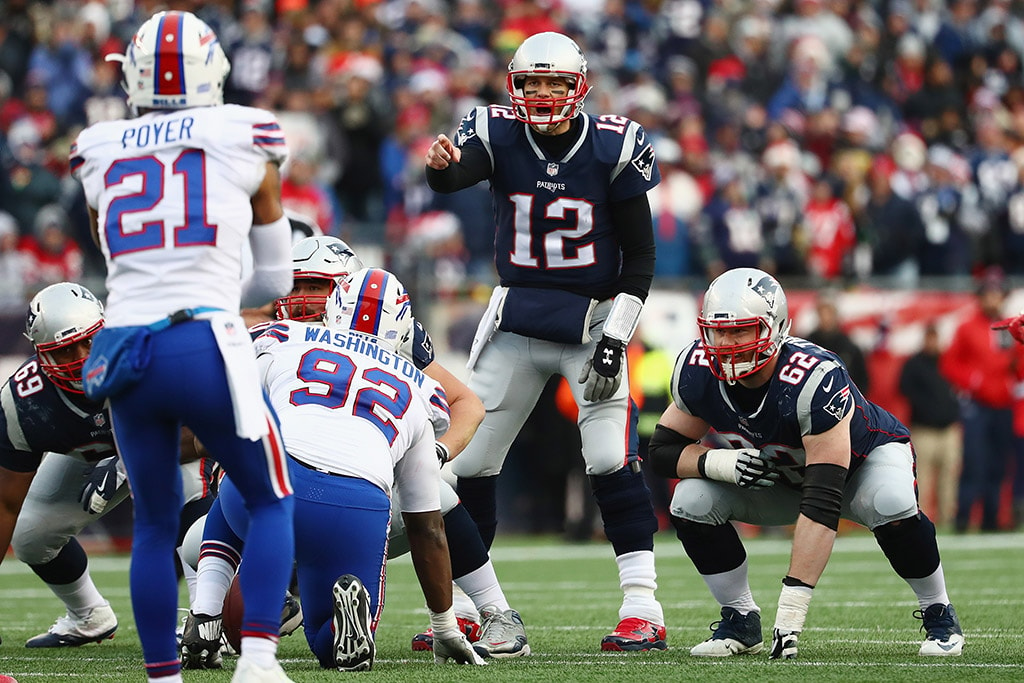 So this might be one of the easiest previews I’m going to write this season, as I expect this one to be an absolute rout. With all due to respect to Papa Giorgio – our resident Bills/Islanders/Mets fan and apparent masochist – this is going to be child’s play for the Patriots and there’s really not a whole lot to talk about. Let’s hop right to it.

The lines for this game really tell the whole story: the Pats are two-touchdown favorites on the road; they’re expected to be responsible for over 60 percent of the game total; and there’s a FOUR-FIGURE moneyline. (For those who don’t know what that last part means, basically it means you would need to bet over $1,000 just to win $100 by picking the Pats to win on Monday night.)

I’m not going to sugarcoat it: the Bills (2-5) are pretty bad. For a team that made the playoffs just last season, it’s actually pretty incredible to see how far they’ve tumbled in such short order.

To be fair, they have at least played pretty well on the defensive side of the ball, currently sitting at No. 11 overall and No. 16 in points per game allowed. They’re also tied for eighth in the league with 19 sacks, led by defensive end Jerry Hughes (4.5 sacks) and the ageless wonder in the middle of the defensive line, Kyle Williams (3.5 sacks).

Second-year cornerback Tre’Davious White is also a criminally underrated player, as he is truly one of the game’s elite. (You might remember him as the guy who Gronk cheap-shotted – resulting in a one-game suspension – the last time these two teams played in Buffalo on December 3 of last season.) In fact, he was so good as a rookie last season that Pro Football Focus not only anointed him their Defensive Rookie of the Year, but they also went so far as to rank him as the No. 2 overall corner in the entire league. The Bills absolutely stole him with the 27th-overall pick in the 2017 draft, and he could be a problem for Josh Gordon this week. 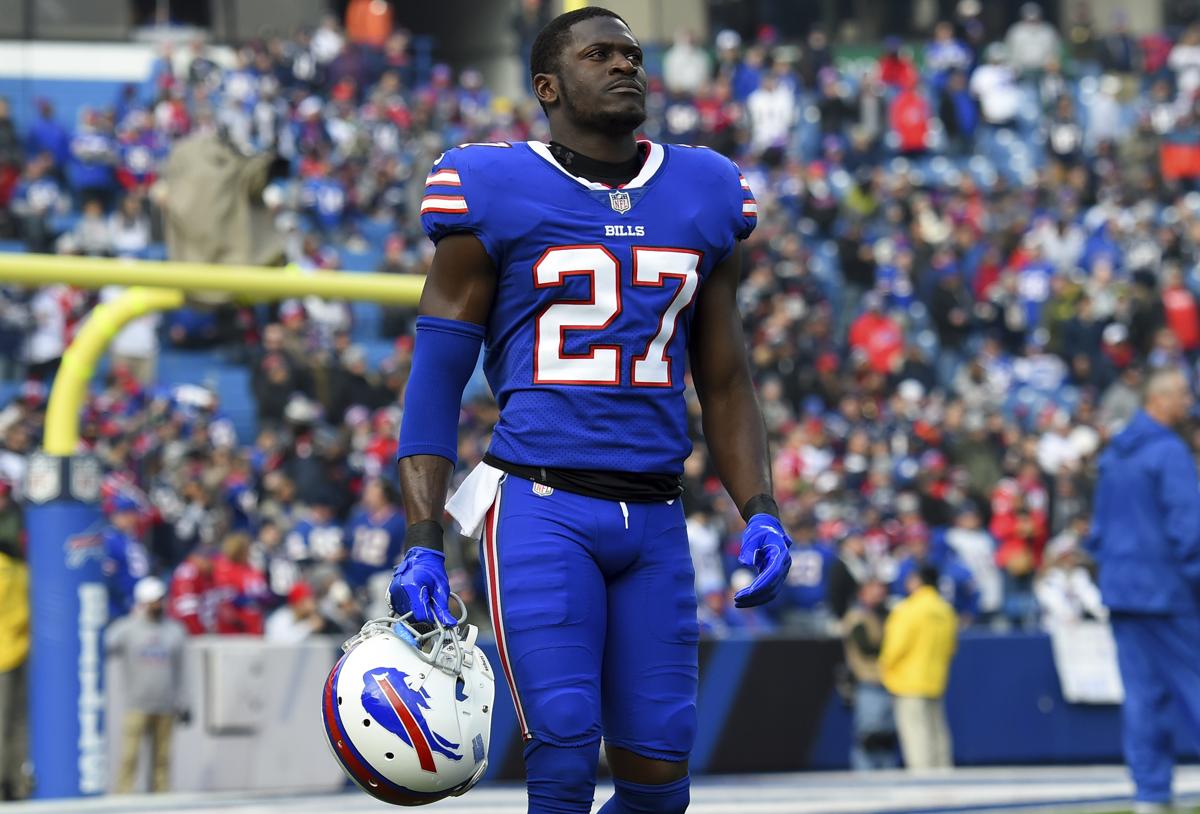 White is one of the game’s premiere young defenders.

On offense, it’s just a sad state of affairs. To start, Derek Anderson will be the Bill’s starting quarterback this week. He may truly be the only quarterback in the NFL right now who is a worse option than Nathan Peterman – the Bill’s only other healthy signal-caller, with a career 3-to-9 TD-to-INT ratio – but he’s still going to be the guy leading the way for Buffalo on Monday night.

There once was a time where it looked like Anderson might be something. Back in 2007, as a fresh-faced sophomore, he led the Cleveland Browns to a 10-5 record, which was by far the closest they have been to making the postseason since 2002. He also compiled over 3,700 passing yards and 29 touchdowns that season. You can’t ever take that away from him. 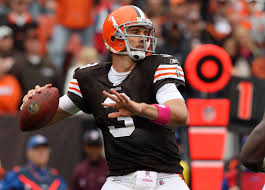 Derek Anderson – back in the glory days.

After that one season, however, he fell completely off a cliff. Though he ended up making 26 more starts over the next three years – two with Cleveland and the third with Arizona – he has spent the last seven seasons holding a clipboard as the backup for Cam Newton in Carolina. In just his fifth start since 2011 last Sunday, he threw three picks and could not even crack 200 yards. Simply put: there’s no need to worry about the Bill’s passing game this week.

The Bills do have a decent pair of guys in the backfield, led by LeSean McCoy. For all the flak McCoy gets for his injury woes, you might be surprised to hear that he has actually started at least 15 games in three of the last four seasons heading into 2018. The only problem is, minor ailments and game script have kept him from making much noise outside of two games this year; besides two solid 19-plus-touch, 90-plus-yard performances in Weeks 5 and 6, Shady has averaged just 7.8 touches and 31.8 yards across his other four games. The man is coming off of two straight 1,500-yard seasons before this, though, so he can definitely do some damage if he does play. Chris Ivory is a solid backup as well, and, per ESPN’s Mike Rodak, he’s expected to play after dealing with a hammy issue earlier in the week.

(MONDAY AFTERNOON UPDATE: According to Schefty, Shady has cleared concussion protocol and will play tonight.) 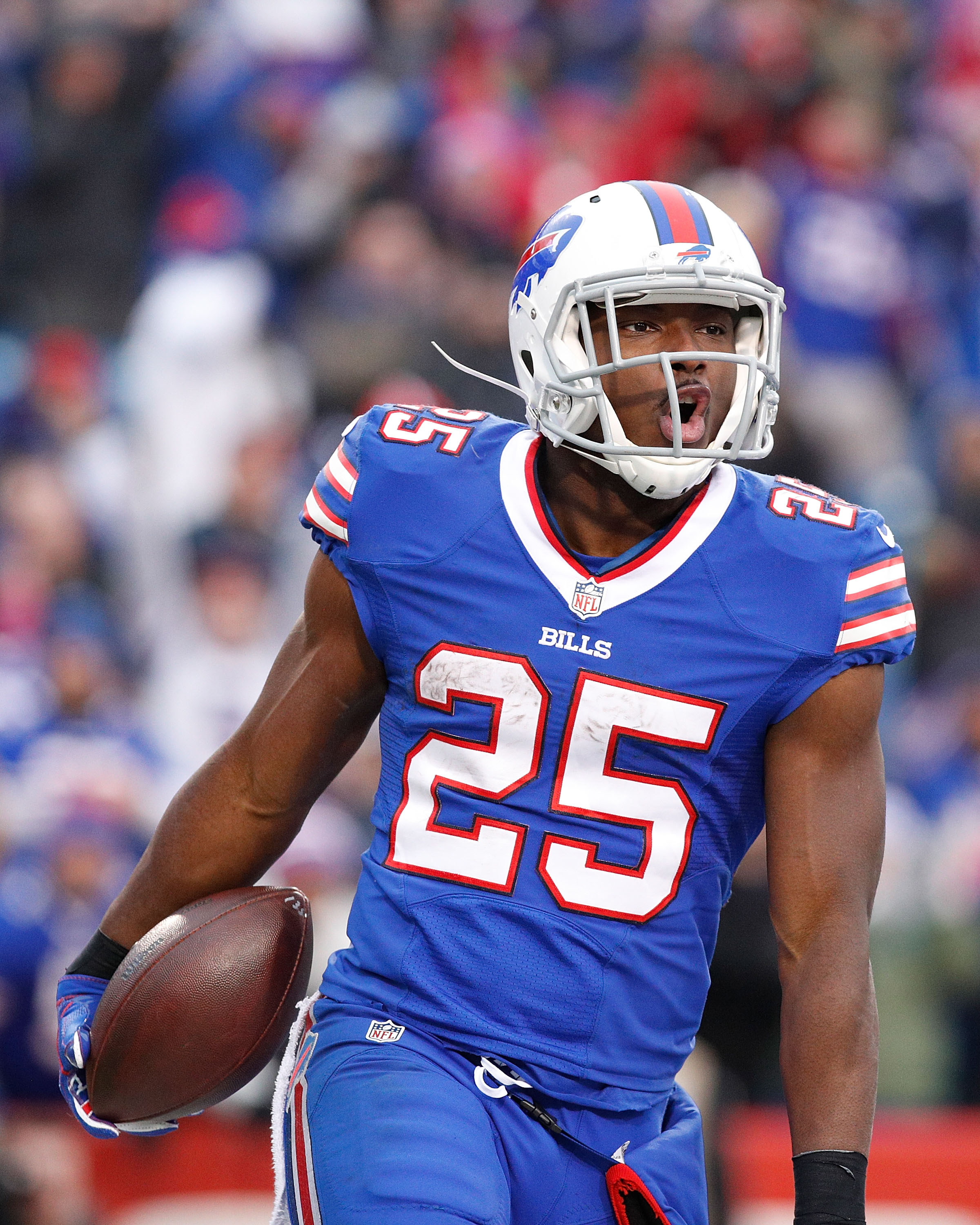 I’m not sleeping on you, Shady. I know what you’re capable of.

(Gronk’s Time to Shine): Per usual, Buffalo native Rob Gronkowski will be looking to feast in his old stomping grounds. He just seems to hit another level every time he’s in Buffalo. Per Rich Hribar of Rotoworld, in seven career games in Upstate New York, Gronk has averaged 9.6 targets, 6.3 catches, 104.3 yards, and one touchdown per contest. After not having Gronk for the Bears game last week, the big tight end returned to practice Thursday afternoon and all signs point toward him being ready to go on Monday night. Especially considering how last year’s game ended up there, Gronk will be chomping at the bit to get out on the field and dominate, feeding off of what is sure to be a rowdy Bills Mafia crowd that should be on his case all game long.

Get ready to watch Gronk feast on Monday night.

(Gordon to Slow His Roll): As mentioned above, Josh Gordon is very likely to see a lot of coverage from Tre’Davious White this week, limiting his upside and potential impact on Monday night. Since he will be taking up most of White’s attention, however, that should open things up for the rest of the offense – including for former Bill, Chris Hogan, who posted six catches last week against the Bears and has over 60 yards in each of the Pats’ past two games. I’m not saying Gordon is going to be invisible in this one, but do expect his red-hot play to finally cool down a bit this week.

(What You Got, Kenjon?): With Sony Michel very unlikely to play in this week’s contest, former Panthers and Eagles (and Oregon Ducks!) running back Kenjon Barner will serve as the between-the-tackles compliment to James White in Week 8. White will still dominate most of the backfield touches, but Barner will be called upon to tote the rock quite a bit, especially if the Pats go up big, as expected. Last week, he carried the ball 10 times for 36 yards after Michel went down and has averaged over four yards a carry for his career. Thankfully, Michel should be coming back at some point over the next couple of weeks, and hopefully Barner can get it done in the meantime.

This will be an absolute massacre. The Pats will be up by at least two scores at the half, if not more, and Derek Anderson will demonstrate even further that it’s probably time to hang ’em up for good. The Pats win this one in an absolute blowout, 37-12.