My Bitcoin Empire is Now Valued at a Whopping $16 Dollars

Yahoo – Bitcoin retreated once again Monday to kick off a fresh week of losses after the cryptocurrency suffered its biggest weekly decline since January.

Historically, the roughly 80% drop from its December high also now marks the third largest decline in bitcoin’s decade-long existence. Only the 93% collapse in 2011 and the 84% decline from 2013 to 2015 in the wake of the Mt. Gox exchange hacking dwarf the pain crypto investors have suffered this year…According to Travis Kling, chief investment officer at crypto hedge fund Ikigai, between renewed pressure from the Securities and Exchange Commission and concerns stemming from the recent bitcoin cash fork, a “death spiral situation” could spill over into 2019.

Have no fear my fellow Bitcoin enthusiasts because as the famed Harvey Dent once put it, the night is darkest just before the dawn. I mean the value of Bitcoin has only dropped 80% in the last year, that’s not THAT bad. Right? Hey, even Amazon lost 95% of its value during the dot com bubble burst and they’re doing pretty OK these days. 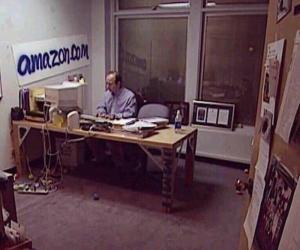 Papa G came to his senses and jumped off this ship long ago, but as I’ve blogged before I feel like George Costanza after he told Jerry to hold his stock. Granted I wrote that in September when we were at $6K per Bitcoin and now here we are in November anddd things have been better.

As Tony Robbins once said “If you don’t sell, you don’t lose money,” says Robbins. “Every single bear market has turned into a bull market.”

We will come back from this and we will be paying our bills with imaginary money before you know it!

I never understood why people were scared off from Bitcoin because it’s not “real” money. I pay for things exclusively with fake money in the form of a debit card. Doesn’t matter if its a $1,200 computer or a candy bar. Swipe swipe. I haven’t touched real, physical money in months. Hell I just got a Venmo card so you can send me imaginary money that I can then immediately pay with using my physical card.

So you see, its not a matter of if, its a matter of how much should I invest when I double down on Bitcoin?