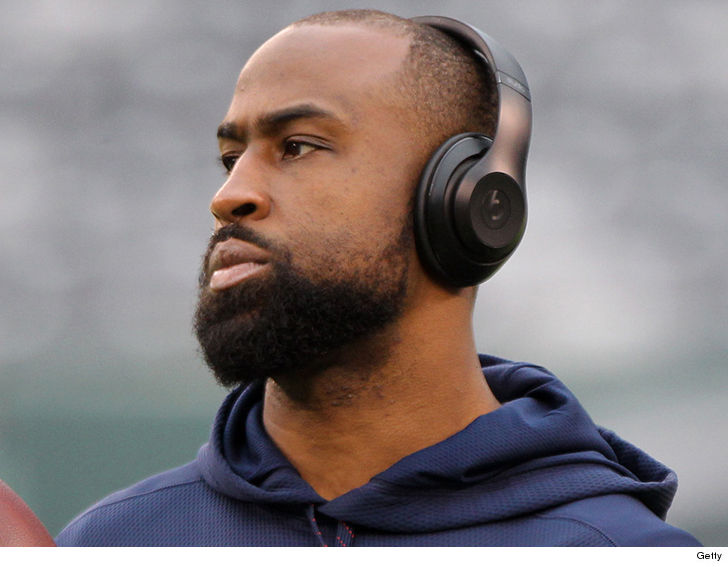 It’s really been an AWFUL year for the once vaunted “Legion of Boom.”

Once perhaps the most fearsome quartet in the entire NFL, former Seahawks defensive secondary mates Richard Sherman, Kam Chancellor, Earl Thomas, and Brandon Browner probably can’t wait for 2018 to finally be over in a just a few weeks.

Sherman had an ugly breakup with the team last offseason and is stuck in San Francisco. Chancellor suffered a severe neck injury at the end of 2017 and, while still technically on the Seahawks roster, looks like he might be forced to hang ’em up for good. Thomas – after a very public contract dispute and self-promotion campaign – sustained a gruesome leg injury against the Cardinals this past September, effectively ending his season and, most likely, also his career in Seattle. 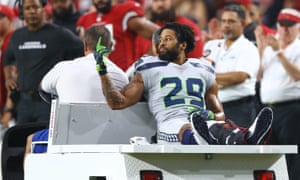 This will likely forever be known as Thomas’s swan song in a Seattle uniform.

But nobody’s having a worse time than Brandon Browner right now, as the 34-year-old, two-time Super Bowl champion was sentenced to eight years in prison today after committing a ridiculous string of crimes – including FOUR felonies – over the past year alone.

Rather than regale you with the details of Browner’s abhorrent spree – which includes everything from making threats to drug possession to burglary and, finally, to both attempted kidnapping AND attempted murder – the guy has gone completely off the rails. It’s a really sad story, but I guess it’s not so surprising coming from a guy who wasn’t very well-liked outside of his own locker room and who also set the NFL record for penalties in a single season in 2015.

What’s really sad about all of it, though, is the fact that Browner should truly be considered one of the most important players in Patriots history, but his memory will now be forever grossly tainted.

I’m dead serious. Hear me out.

There’s a huge difference between being one of the “greatest” and one of the “most important,” and Browner is certainly one of the latter. While everyone gives Malcolm Butler all the credit for picking off Russell Wilson to end Super Bowl XLIX, giving the Pats their fourth championship, it probably doesn’t happen without Browner.

Watch No. 39 in the bottom right corner of the screen for the duration of the play before Butler makes the interception:

Did you see what he did there? He sets an absolutely PERFECT pick on Seahawks then-No. 1 wide receiver Jermaine Kearse, allowing Butler to sneak around the block and cut off what would have been a perfect, wide-open throwing lane for Wilson, which would have resulted in a cupcake touchdown for Seattle and a heartbreaking defeat for the Pats.

Yes, Butler still needs to catch the ball. And no, I’m not saying Browner deserves all the shine – after all, Butler was the one had to actually haul it in. I am saying, though, that if Browner isn’t there on that play, Tom Brady still only has four rings to his name. No doubt in my mind. 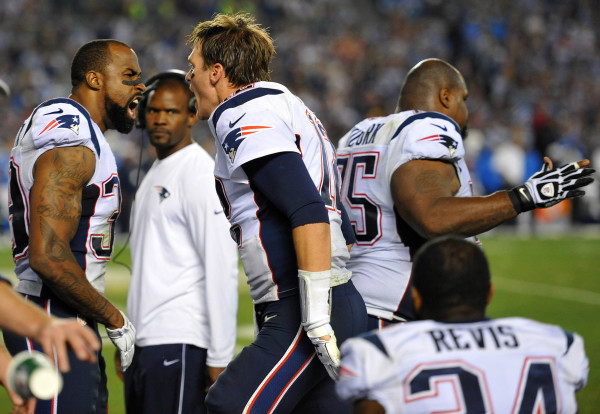 It’s hard to find much out there about Browner’s vital involvement on the play, but at least Pro Football Talk’s Mike Florio agrees with me: (link to Florio’s take). Browner’s strong play all year was also a huge part of the reason the Pats were even there in the first place.

But look, I’m not trying to sit here and wax poetic about a guy who absolutely deserves to be put away for a long time after everything he’s done. I’m just saying that it’s obvious this man has always had some issues up top, and it’s sad he never received the help he so desperately needed.

Maybe his antics throughout his entire career – and the almost unbelievable crimes he’s committed recently – were truly a cry for help, or at least a neon-bright sign for an unstable individual. Or maybe he’s really just a P.O.S. and I’m an asshole for saying anything nice about him. Regardless, here’s to hoping eight years in the pen allows Browner to finally find his peace – for both he and everyone else around him’s sake.