Oscar Isaac Wants to Play Snake in Metal Gear Solid Movie. Who Else Should Star?

IGN – Oscar Isaac wants the world to know that he is game to play Solid Snake in the planned Metal Gear Solid movie adaptation.

While participating in IGN’s cast roundtable for Netflix’s Triple Frontier, IGN host Max Scoville asked the star-studded lineup — including Isaac, Pedro Pascal, Ben Affleck, Garrett Hedlund and Charlie Hunnam — which video game-turned-film they would want to be a part of. Isaac, who is best known for his role in Star Wars as Poe Dameron, was quick to voice his interest in the Hideo Kojima classic Metal Gear Solid.

“Metal Gear Solid, that’s the one,” said Isaac. “I’m throwing my hat in for that one.”

The Metal Gear Solid franchise is one of, if not my favorite, series of games of all time so any tidbits of news regarding the oft rumored live action movie is lifeblood to me. I also just called Oscar Isaac one of the best actors of my generation so to say I would be excited for this would be the understatement of the century.

Friend of The 300s, BossLogic, actually photoshopped Isaac as Snake last summer and I think its safe to say the mullet would fit him well.

OK let’s get back to serious Bid-NESS and that’s rolling with the hype of a #metalgearsolid movie.

Wanted to try #oscarisaac he has a dope mean mug so I wanted to see how he looks. #henrycavill since I don’t think I did it justice on the first one which was done quick #mgs 🐍 pic.twitter.com/vzagaoVL9c

Even the MGS movie’s director was tweeting about the whole thing this morning so suffice to say it sounds like the man running the whole operation is into it.

To everyone asking how I feel about Oscar Isaac saying he wants to be Solid Snake.

The full process required to cast an icon hasn’t even started, but..

Ask @Bosslogic where the idea for his brilliant mock up came from.

The ball’s in Oscar’s court. pic.twitter.com/DKM1gw0Oc2

Now I’ll believe this movie actually gets made when I see it at the Fenway Regal Cinemas. It’s been in the works for years before landing the director of Kong Skull Island (never saw it) and Metal Gear Solid stan, Jordan Vogt-Roberts. Seriously this guy literally campaigned for the director role and last summer tweeted out 31 straight days of MGS concept art to honor the 31 years of the franchise.

Now why has this movie taken so long to get made when garbage games like Rampage (no disrespect, Dwayne) are already getting adaptations? Well Metal Gear Solid just has such a complex web of storylines, characters, political commentary, and general idiosyncrasies that only really make sense after multiple 30-40 hour sittings. Hideo Kojima is a legend, but I honestly have zero idea how you turn something like Sons of Liberty into a coherent movie without it being 5 hours long. GOOD LUCK trying explain the differences between Solid Snake, Solidus Snake, Liquid Snake, and Big Boss to someone unfamiliar with the games. I’ve been playing these games since 2002 and sometimes I’m not even sure.

With that being said, I would love to see some of the Metal Gear Solid characters on the big screen. Some of these characters are bat shit insane and would be pretty difficult to pull off in a feature film, but hey thats not my problem to worry about. But please, for the love of god do not include Raiden in this movie. The single most disappointing part in this entire MGS franchise, is the switch in antagonist from Snake to Raiden in MGS2. 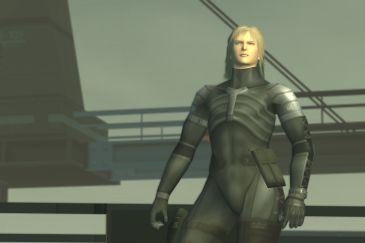 Since this movie is still in early days they have yet to cast anyone or even teased a general synopsis. So lets break down the characters I’d most want to see on the big screen and who should don those roles in a Metal Gear Solid movie.

Vamp – Jason Momoa
a member of Dead Cell from Romania. He is a knife-throwing specialist endowed with numerous vampire-like abilities and attributes, such as a taste for blood, superhuman strength, speed, agility, the ability to walk on vertical walls and run across water

Momoa has the perfect look to play Vamp and we know he can do an accent after a whole season of speaking Dothraki. Momoa has the intimidating physical presence and subtle humor to pull off the deadly Vamp. 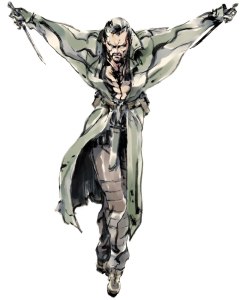 Psycho Mantis – Ben Foster
a psychic expert for Liquid Snake’s FOXHOUND unit in Metal Gear Solid…Prior to joining FOXHOUND, he worked with the KGB and the FBI. His special abilities include the psychic powers of psychokinesis and telepathy…As a result of being disgusted with his father’s inner thoughts, he burned his own village and started despising people.

Ben Foster has crazy down pat. I just keep coming back to his absolute meltdown in 2006’s Alpha Dog where he literally beats up an entire room full of people while searching for his kid brother. 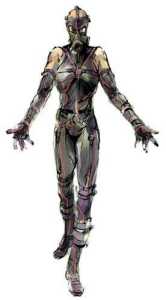 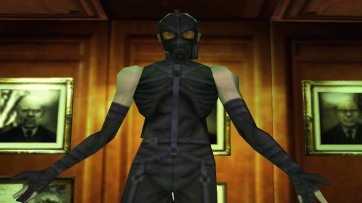 Skull Face – Ed Harris
The commander of the mysterious Special Forces XOF unit, he is distinguished by his heavily scarred face, hairless head, and his choice of tailored suits over combat fatigues. His identity and nationality are initially unknown.

If you’ve never watched Westworld then this might seem out of left field, but Harris would crush this role as the calm, calculated, and sinister Skull Face. Plus he’s already got the suit and black cowboy hat to fill out the role. 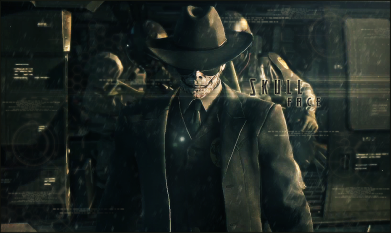 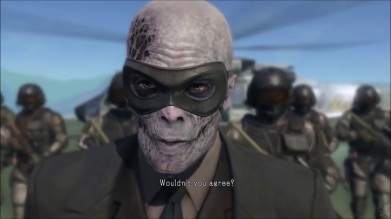 This role is going to take an A-list thespian who can play the eccentric, power hungry, treacherous character in Ocelot and I think we’ve seen that from Christoph Waltz. Just take a look back at Inglorious Basterds for even 10 minutes if you disagree.

Who do you think should star in the upcoming Metal Gear Solid movie? Tweet your best castings to @The300sBoston