Checking in on the Patriots Mess of a Salary Cap Situation

Some fans in Pats Nation are a bit salted that, to this point, the team has still yet to make any significant moves so far in free agency. To be fair, it hasn’t even been 24 hours since free-agent signings and new trades became official. The Pats were also able to resign one of their own top free agents in Jason McCourty as well as receiver Phillip Dorsett. Also, the news of Michael Bennett’s acquisition – which is by no means insignificant – broke almost a week ago.

I am pretty stoked that at least J-Mac’s been officially locked up once again.

Still, the team has also lost it’s starting left tackle (Trent Brown) and defensive keystone (Trey Flowers) over the past few days along with some wide receiver depth. While Bennett can serve as a more than serviceable replacement for Trey Flowers, what about everything else?

Again, folks, it is still SUPER early in the offseason. Plus, there’s that whole draft thing that happens every April, too. Ya know, the one during which the Pats will have six picks within the top-101 selections? That’s likely where many needs are going to be addressed.

But with how much talent there is in this year’s free-agent class, especially at wide receiver, I’ll admit that maybe it is a little disappointing we’ve received nothing but radio silence from Foxborough, besides the McCourty news and a few other minor re-signings. The team also brought in long-time special-teams standout/emergency running back Brandon Bolden after his one-year stint in Miami. Other than that, though, absolutely nada.

(UPDATE: The Patriots signed journeyman wide receiver Bruce Ellington to a one-year deal on Thursday afternoon. But, honestly, who the hell cares? In my book, it’s still “nada.”) 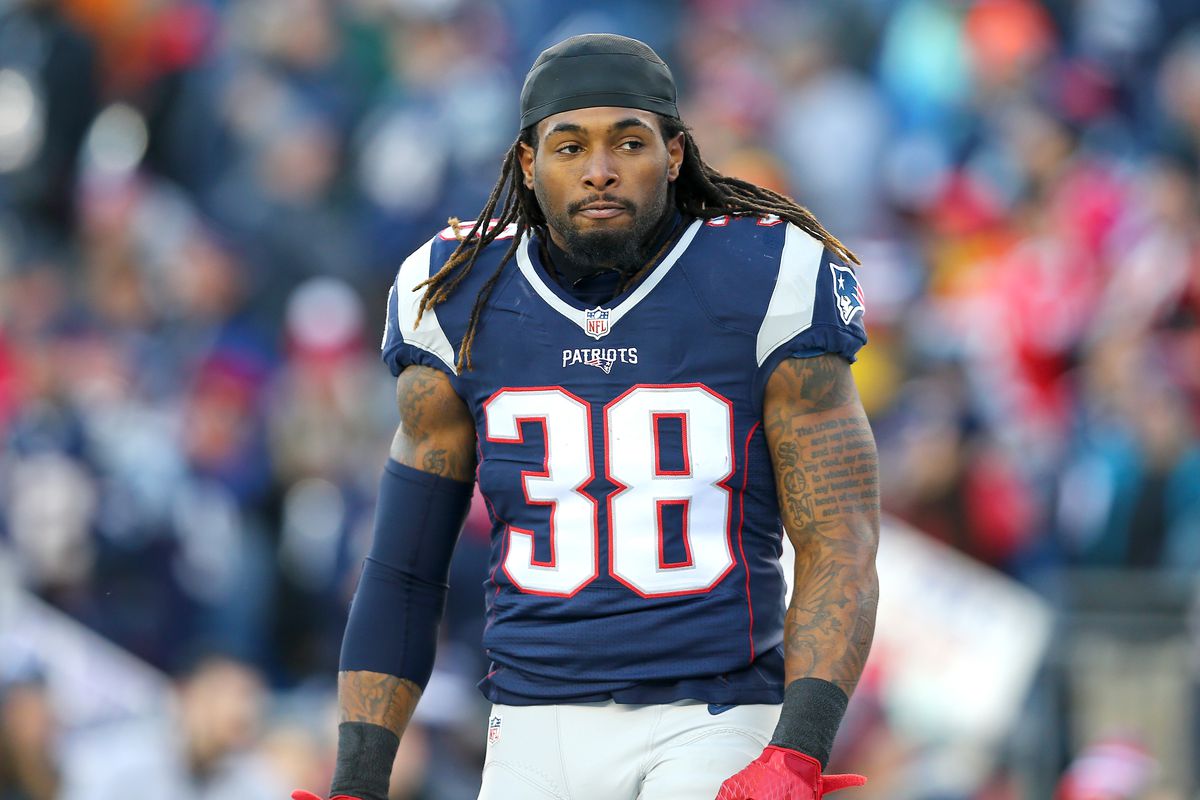 One of Belichick’s all-time faves, Bolden, is back.

Perhaps it isn’t entirely by choice, though. I mentioned the other day that we might not be paying enough attention to some of the team’s current contracts, which could potentially have the front office hamstrung, no matter what they actually might want to do. Right now, Spotrac has the Patriots’ projected cap space at about $9.6 million – but, and this is key to mention, that is without accounting for any of this week’s re-signings, as the terms of those deals have still yet to be announced. As you can see, the team really doesn’t have as many resources as some might like to think they do.

While I highlighted Julian Edelman’s current deal as a speculative problem, here are a few other very real salary concerns that are worth mentioning:

After being ranked as PFF’s top-rated right tackle in 2016, Cannon has fallen back down to Earth quite a bit.

Relative to expectations, Clayborn was a bit of a dud.

There are others as well who could be extended, cut, traded, etc., etc., etc. But to me, these are the ones that stand out the most.

As I said, there’s still a lot of time left in the offseason, but the clock is ticking in terms of bringing in truly premier talent. Earlier today, the Golden Tate rumors started up again, and with the pretty cold market he’s been met with so far, the team could get him at a real discount. But the guy is only going to wait so long, and he is honestly about as perfect a fit as it gets for this team and its system. I would hate to see him sign for $7 or $8 million per with another team, because that would be absolute highway robbery for a player that good.

(ANOTHER UPDATE: Aaaand now Tate’s gone after signing for $9 million per year over four years with the Giants. COOL.)

Maybe they have a few things lined up behind closed doors and we’ll soon be hit with a flurry of successive contract-related news. Or maybe the team’s brass is sitting in a big conference room and scratching their heads. I’ve never had anything but good reason to trust in this team and it’s roster-building mastery, but all I’m saying is they’ve definitely got their hands full this year.