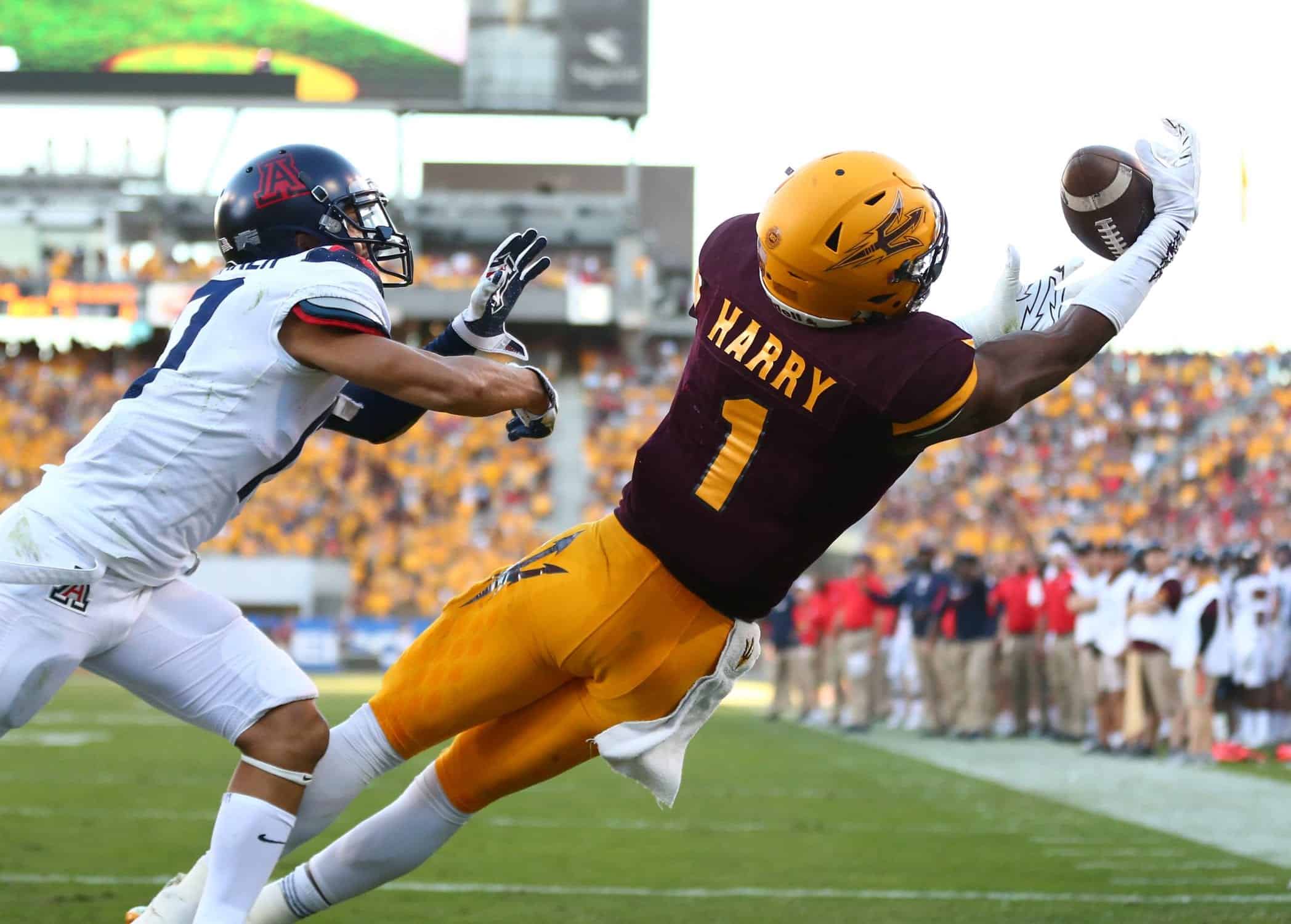 OK. OK. So this might seem like a bit of an exaggeration, but I absolutely LOVE this pick for the Pats.

And, truthfully, it’s really not all that outlandish to compare him to the Texans’ superstar wide out. Like Hopkins, Harry has hands like Velcro and uses his big body (6’2″, 228 pounds) and excellent instincts to out-position defenders and beat them to the ball on almost every play. Harry has been the Sun Devil’s go-to receiver since he was a true freshman in 2016, compiling 213 receptions in three years in the desert to go along with over 2,200 yards and 22 TDs. The man was also a top-20 recruit coming out of high school. He has simply PRODUCED at every level he has ever played.

I had them taking Marquise Brown in my mock, because I really wanted the team to add some much-needed speed and explosiveness. And while Harry possesses nowhere near the athleticism of a guy like Brown, he is definitely a more well-rounded and dependable receiver. He will also likely hold up much better from a physical standpoint at the pro level.

But don’t get it twisted; the man can still move, too:

There are many who felt as though Harry was actually the best receiver in the entire class, and it’s not a hard argument to make. Considering the Pats got him by remaining at No. 32, all the while still holding on to the insane amount of picks they have over the next two days, it’s hard for anyone to be upset with this selection.

Of course, Belichick does not have the best track record with drafting wide receivers, and Harry is the first one he has ever drafted in the first round. But a guy this big, smart, and reliable should be able to pick things up right away. Also, his versatility and ability to line up almost anywhere will allow him to play within the Pats system. He is not just an “outside guy.”

For those that still need convincing, just take a look at this video and then try to tell me I’m wrong:

Did you see that catch at 0:32??!! Like I said: DeAndre Hopkins, eat your heart out. Welcome to New England, N’Keal Harry!