Where is Sony Michel? (And Other Key Takeaways from Patriots Minicamp)

The Pats wrapped up the first mandatory portion of the offseason program on Thursday. And while there are a lot of takeaways from this week’s three days of work, the most important thing is that BRADY IS BACK, baby! Per usual, the G.O.A.T. did not attend the first few OTA sessions in May, but he was out on the field at minicamp this week, and by all accounts from various sources across the web, he looked great.

But that really shouldn’t come as a surprise to anybody, and the real news out of Foxborough this week seems to be the mysterious absence of Sony Michel, who has not been spotted on the field at all since May 20. And, in typical Patriots fashion, we have not heard diddly squat about why that is – even though we probably already have a pretty good idea.

Anyone who’s followed Sony throughout his career so far knows that the young fella has some serious knee issues. While there should be absolutely no question about his talent – which he surely demonstrated with over 1,200 yards and 12 touchdowns last season (playoffs included) – I was a bit skeptical when the team decided to invest so much of their future by risking a first-round pick on him in 2018. Michel’s knee troubles have been occurring since he was in high school, and the issue is considered degenerative. That means it’s probably not going to get any better – and will likely only get much, much worse over time – and this is the second-straight offseason where he’s missed significant practice time with his teammates.

Michel really was a stud at times last season.

Again, it didn’t prevent him from having a great rookie season, but this still isn’t a great sign. After all, they say “the best ability is reliability,” and the 24-year-old has struggled to prove himself in that regard.

That’s probably a big reason why the team decided to take former Alabama running back Damien Harris in the third round this year, at No. 87 overall. Many were surprised to see the team spend such a high draft pick on a running back just one year after taking Michel, but as I already said in my post-draft piece, they knew they still needed a bit of an insurance plan.

And apparently, Harris received a TON of burn at minicamp this week, getting a lot of reps with the ones. Per Paul Perillo of Patriots.com, Harris “looked pretty sharp,” and he even demonstrated some solid pass-catching skills, which is a department in which Michel is severely lacking. 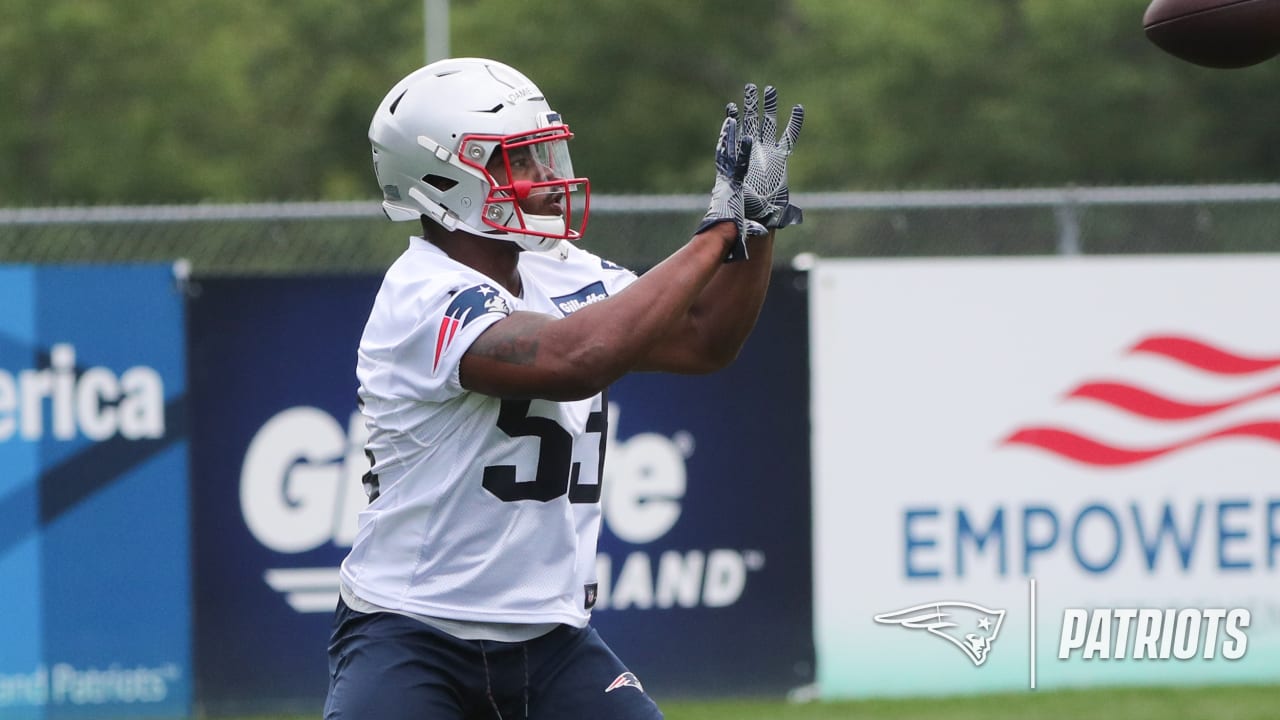 Harris was putting in work this week.

As always, it should be noted that it’s still very early in the offseason, and things weren’t looking so great at the beginning of last summer for Michel either before he ended up having a more than solid rookie campaign. Perhaps he’s just getting extra rest to stay fresh for the season. Perhaps it’s a nagging, irreparable issue continuing to rear its ugly head. Either way, at least we know there’s another young kid ready to step in whenever called upon, and at the very least the Pats seem to have a nice 1-2 punch at running back for years to come.

And now for a few other notes from minicamp:

Don’t call it a comeback!

Jerod’s always been a dude who knows how to lead the way.

The team has another workout scheduled for the middle of this month, but we likely won’t see much more meaningful action once again until late July, when training camp (and then the preseason!!!) starts up. Till then, stick with The 300s for all your Patriots news and notes as we inch closer to the 2019 season!