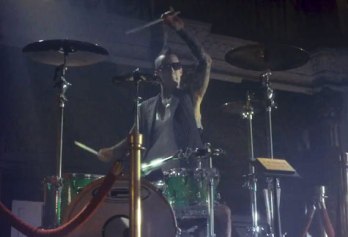 So I finally got around to listening to the Travis Barker episode of the Joe Rogan Podcast and it was an excellent way to spend an hour and a half. Travis is one of the most interesting dudes in music with some crazy stories including everything from the early days of Blink 182 to his insane airplane crash but it also got me thinking of this underrated project from back in 2011; Give the Drummer Some. It was really something out of left field and as Travis described it, there had never really been a spot for a live drummer in a rap performance. Well he put this album together from scratch and got some of the biggest names in rap to appear on the album. LETS GOO