It’s the Opening Day of Training Camp! Here are Some Lowkey Patriots to Keep an Eye on This Summer

As I sit here on the opening day of Patriots Training Camp 2019 (!!!), it’s really hard to decide exactly which of the many storylines surrounding the team right now is the most important:

But, as with any team around the league, many of the major preseason worries and concerns will be addressed over the next couple of weeks, and per usual Belichick & Co. will find a way to ensure they don’t become major problems. Also, there’s already a smorgasbord of articles out there addressing each of the things I’ve mentioned above, and it’s all speculation at this point anyway.

So instead, ya boy Mattes is here to point out some under-the-radar guys who I’m really keeping my eye on at camp this summer. While most of them won’t be starters, a couple of them are players who have a chance to still make a major impact and serve as a key cog in a well-oiled 53-man machine. There are also others who might not be guaranteed a spot on the team as of yet but do have the chance to surprise some people this summer.

Our faithful 300s readers already know that I have been absolutely gushing about Winovich ever since he was drafted back in April. In fact, I wrote an entire feature article right after the draft dedicated solely to just how awesome this guy is. (Seriously, he is a gem as both a player and an individual.)

Though the team did go out and bring in Michael Bennett to replace Trey Flowers this offseason, Winovich’s ability to step in right away and produce is going to be vital. Even with Flowers last season, the team was pretty mediocre (to outright “bad” at times) in terms of their pass-rush. And on Sunday, we received the news that Deatrich Wise – who was my breakout candidate last preseason before suffering what became a nagging, season-long ankle injury – will start camp on the PUP list. While Wise could be ready to go by the start of the season, it’s certainly not very encouraging news, and the issue will likely still affect him early on in 2019. 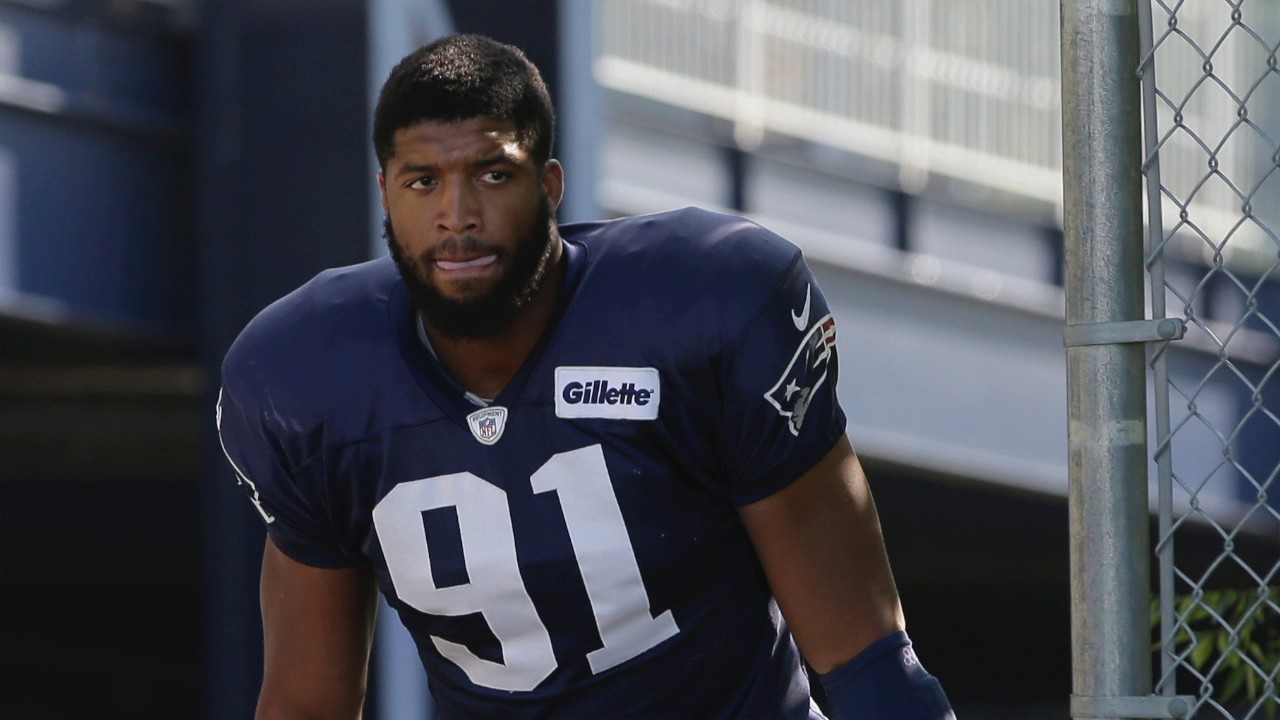 I still believe in you, D! But you gotta actually stay on that gridiron first.

Behind Bennett and Wise, there is not much else, at least not in terms of guys who can really get after the quarterback. This will likely be Derek Rivers’s last chance to prove that he’s not a bust, and John Simon is a nice rotational piece but certainly nothing to write home about. Keionta Davis has potential but has yet to prove himself; in truth, he probably needs a standout camp performance to even make the team. And while Lawrence Guy and Mike Pennel are a pretty solid interior combo, it’s clear that the team’s depth in terms of edge guys is pretty lackluster.

Winovich honestly has the ability to become the second- or third-best pass-rusher on this team right away behind Bennett and Kyle Van Noy (and maybe Jamie Collins, too). Not only do his insane combine numbers and college track record back that claim up, but he’s also got the attitude and drive to make it happen as well. This kid is going to be real fun to watch for years to come. Trust me.

Bentley started off with a bang as a rookie last summer, standing out pretty much right away in the preseason and quickly earning a big-time role on defense early on in 2018. That is, before he tore his bicep in Week 3 against Detroit, forcing him to miss the remainder of the season. It was a pretty deflating outcome to what was a white-hot start to his career.

Seriously, though, Bentley received starter-level playing time before the injury, as he was in on 64 percent of the defensive snaps through the first three games before going down. Very rarely has a defensive rookie ever received so much trust from Belichick so quickly, and there’s no reason to expect he won’t be given the chance to grab hold of a big role once again in 2019.

Though both Van Noy and Dont’a Hightower are still here and the team brought back Jamie Collins, who has apparently looked fantastic so far, Bentley will still be asked to serve as a big, run-stuffing force in the middle. He even held his own in coverage last season, allowing only two-of-four targets against him to be completed, with an interception to boot. There’s no doubt that he’s earned the respect of Bill and the rest of the staff, which is not surprising considering that he was a three-time captain during his time at Purdue. 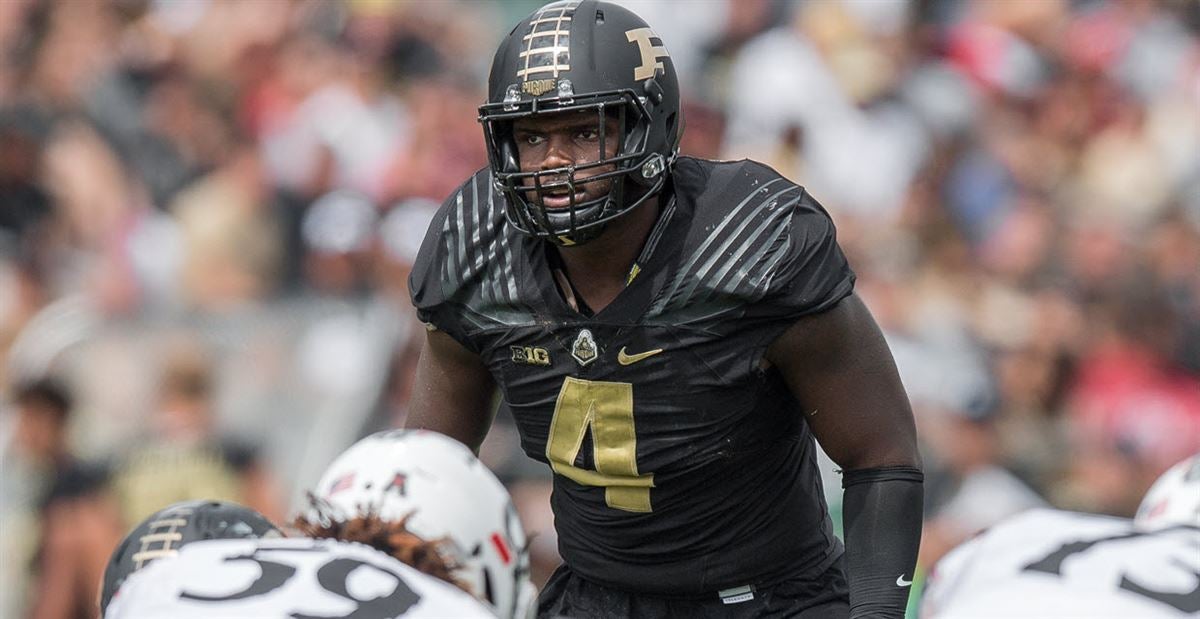 Bentley was easily the heart and soul of the Boilermakers during his college days.

Bentley could be the next coming of Jerod Mayo – who also just so happens to be the man coaching Bentley and the rest of the linebackers this year. Hmmm… 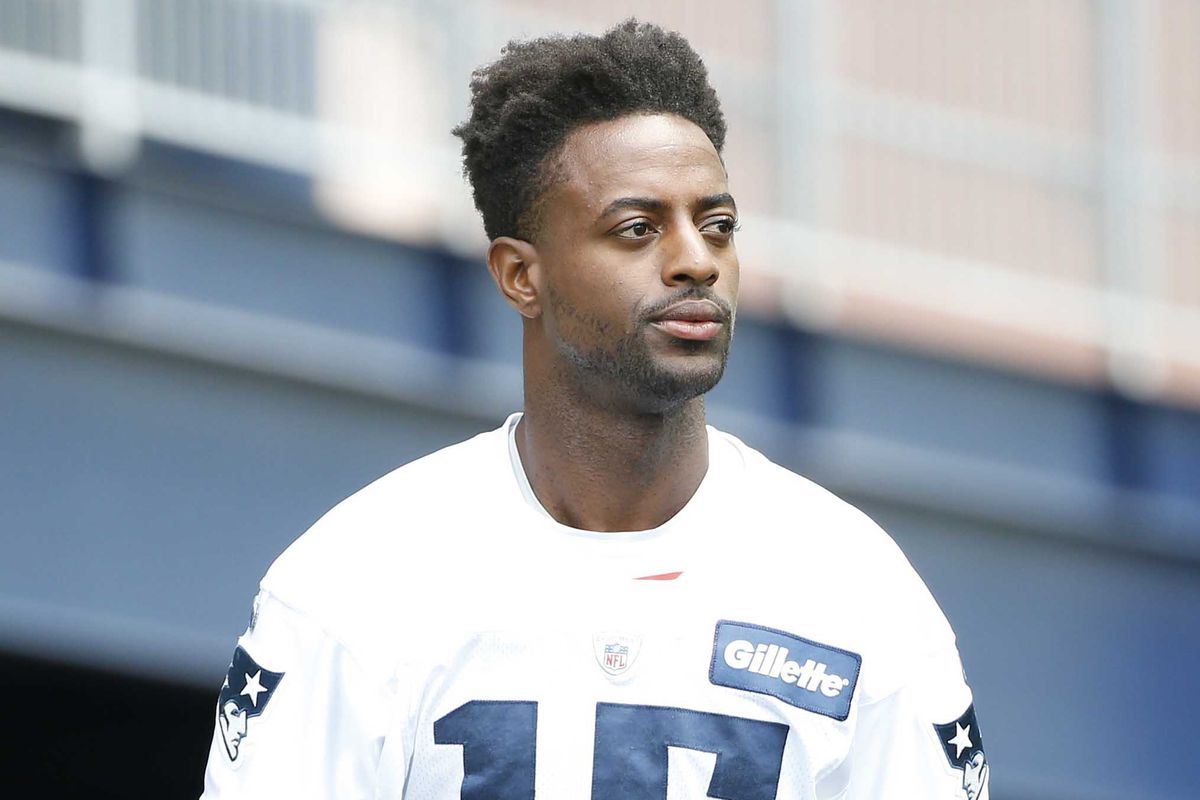 Honestly, Inman shouldn’t even be eligible for this list considering he’s a five-year vet with over 150 career catches. Still, the dude is being slept on hard by the vast majority of beat writers in the area, and I just do not understand it.

Look, I know that Jules is still the team’s No. 1. Unless the thumb injury turns out to be something more serious, nothing is going to change that. N’Keal Harry, the team’s first-round pick this year, is also going to get every chance to become the No. 2. There’s also the potential for Josh Gordon to come back, and Phillip Dorsett is still here as well. And young guys like free-agent signing Maurice Harris and second-year man Braxton Berrios are getting their tires pumped as potential options, too. But I truly believe that Inman has the chance to become one of Brady’s favorite weapons by season’s end, and that is not hyperbole.

I already said as much in my piece breaking down the team’s wide receiver depth before the start of OTAs, but ICYMI here’s a little quick-hitter on the 30-year-old journeyman:

Inman is another big-bodied guy (6’3″, 205 pounds) who has bounced around a few teams the past couple of seasons (Chargers, Bears, Colts), and I’m not really sure why. In 2016, he put up 810 yards on 58 catches while playing with Philip Rivers. The Chargers even placed a second-round tender on him the following offseason when he was set to become a restricted free agent. And in just four starts with the Colts last year (nine games played overall), he hauled in three touchdowns with 28 catches on only 39 targets.

Again, I have no idea why he’s shuffled around the NFL as much as he has in recent years, but this is actually a really good signing. Inman could honestly surprise a lot of people this year playing with the G.O.A.T.

Especially with Gronk no longer being a part of this team (for now??), Inman’s profile and skill set could be huge for the team’s offense. Yes, there is the chance he loses out in the positional battle, and there are some out there who think he’s no guarantee to even make the roster. (And I’ll eat a huge crow pie if he’s back on the unemployment line come late August.) However, I really believe in Inman, and I think you should, too.

Melifonwu is one of those uber-athletic but still super raw players with oodles of potential and a long way to go. The fact that he was a second-round pick by the Raiders just two years ago demonstrates the type of talent he possesses; the fact that he’s already on his second team after being drafted only two years ago shows that he’s also far from a sure thing. Still, Belichick thought highly enough of the 25-year-old to sign him to a two-year deal last November, shortly after being released by Oakland.

He ultimately only appeared in just two games for the Pats last season, recording a measly three tackles. To be fair, though, Melifonwu was also less than a year removed from hip surgery at the time of the signing. In fact, because of the same injury, he never even really had a chance to get on the field for the Raiders before getting cut at the beginning of his second season in the league. Belichick obviously wasn’t going to throw him into the fire right away, especially with the team already having such a loaded secondary.

Still, this was a guy who had 118 tackles and four picks as a senior at UConn, and he could have a chance to earn a spot in the rotation behind Devin McCourty, Pat Chung, and Duron Harmon this season. But it is certainly going to be an uphill battle. The biggest roadblocks for Melifonwu are Nate Ebner and free-agent signing Terrence Brooks, both of whom are special-teams standouts and thus probably already have a leg up on Melifonwu in terms of making the roster. The Pats also traded up to select Joejuan Williams in the second round in April. And though Williams is being listed as a cornerback by many, he also profiles as a CB/S hybrid, much in the mold of Melifonwu.

But there’s no doubt that Melinfonwu’s ceiling as an overall player is significant, and the former Huskies star could potentially turn heads this summer if he’s finally healthy once again.

And just a few more quick ones:

Braxton Berrios, Maurice Harris, and Jakobi Meyers – WR: Rather than doing an individual write-up on each of them, they will instead be grouped as one trio battling amongst themselves for the final one or two spots on the receiving depth chart. Berrios is the one who has been receiving the most attention from those close to the team, and Harris showed some serious flashes down in Washington last year. Meyers is another one whose name has been tossed around in certain circles as well.  I do expect one or two of these three to make the roster and provide the team with some much-needed security (and long-term hope) at what is currently an entirely unsettled position. 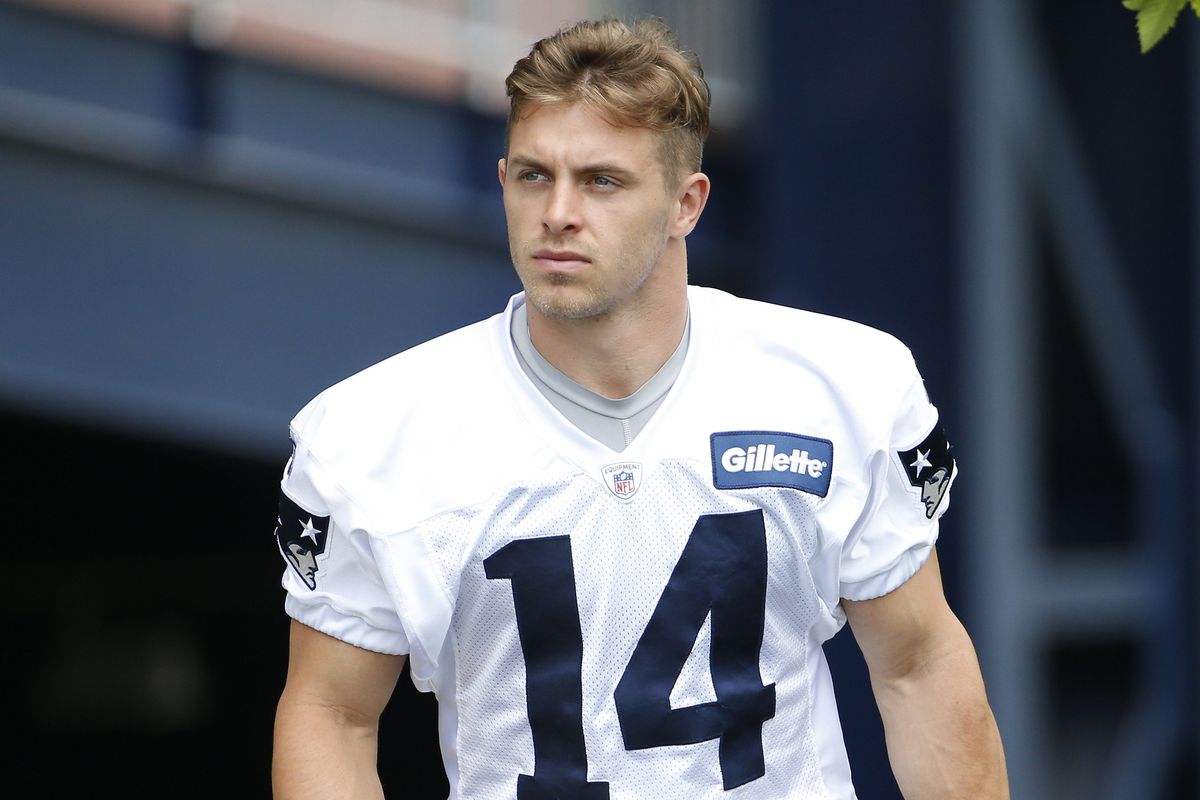 Keion Crossen – CB: Here’s someone who was quietly decent last season. While he did not ascend to the same heights as fellow 2018 rookie corner J.C. Jackson, he did appear in 11 games and played on over 20 percent of the defensive snaps in each of the final two regular-season contests. Though he really didn’t show up on the stat sheet, there were a few plays where you might remember hearing his name called. Cornerback is actually one of the only positions where the Patriots have some serious young talent that they can build upon for years to come. Crossen should be one of those guys.

Jakob Johnson – TE/FB: This is really more about pure intrigue and wishful thinking than anything else. To be honest, I don’t think the 6’5″, 285-pound German spectacle has a snowball’s chance of making the roster, but at least the monster of a man can’t be entirely ignored. Especially with the dearth of options the team has at tight end – even after yesterday’s signing of Lance Kendricks (mehhh) – it’s not like he doesn’t have the opportunity to prove himself. Regardless, he’ll be a fun guy to monitor all summer long. (Here’s a quick write-up from Red on the big fella after the team initially signed him back in April.) 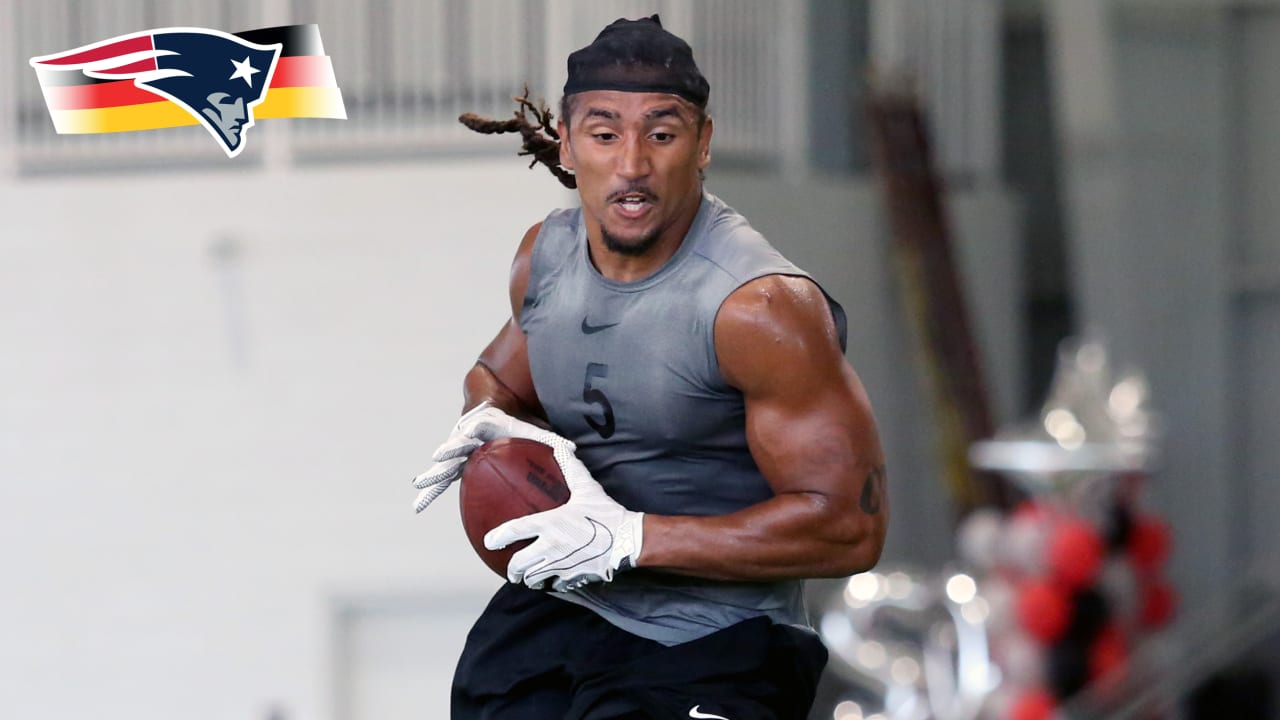 This guy is a complete wild card but a beast nonetheless.

Regardless of what happens with any of these guys, though, all that matters is that football is back, baby! Let the fun begin.