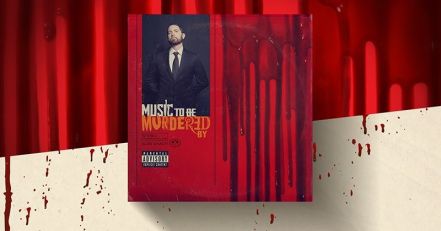 Em dropped his new album “Music to Be Murdered By” in the middle of the night a couple weeks back and it definitely shows that Shady’ still got the juice as it hit No. 1 on the Billboard charts. There aren’t any instant classic singles here nor are there many radio friendly tracks, but there is a ton of elite rapping. Eminem shows off his unmatched lyrical dexterity while recruiting some big names to fill out the album’s 20 songs. Ed Sheeran returns for his second Eminem collab on “Those Kinda Nights,” he brings out old friend Royce Da 5’9″ for a few songs, as well as the likes of Skylar Gray, Anderson .Paak, Q-Tip, Joell Ortiz and more. The song everyone is going to remember from this album though is the incredibly morbid track “Darkness” where Em raps from the perspective of the Las Vegas mass shooter. The song is more “Encore” than “The Eminem Show” and whether it’s profound or tasteless is up for debate, but it’s definitely an engrossing track that samples Simon & Garfunkel’s “The Sounds of Silence.”