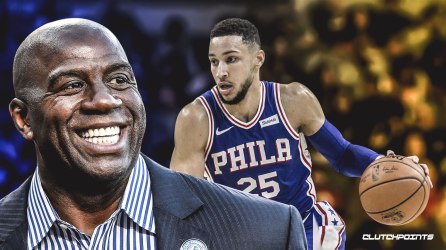 In the interview with 97.5 The Fanatic on Monday morning, Brand said, “[Lakers GM] Rob Pelinka called me and said that Ben wanted to talk to Hall of Famers after the season; Magic was on the list. He asked for authorization … I said no.”

Brand did not mention in that interview that someone from the Sixers, at the urging of both of Simmons’ brothers, had contacted Pelinka first, which is what prompted Pelinka’s call to Brand.

Granted I’m a 90s kid so I never grew up watching Magic Johnson, but I just don’t see the same aura around him that someone 10 or 15 years older than me might. With that being said, I am constantly in awe of how this guy just gets people falling all over themselves to kiss his ass.

I have a developing theory that Magic is in fact the Keyser Soze of the NBA.

Did you know that you can’t find a single clip of his old Magic 8 Ball segment on ESPN? The one where he struggled to speak complete coherent sentences, yet is now the President of the Lakers? Yea well they’ve all been scrubbed from the internet.

Okay so just a quick recap for anyone that is a little out of the loop. Ben Simmons is a player that LeBron James has publicly coveted for a long time and after Simmons signed with  Rich Paul’s agency Klutch Sports, many thought LeBron was headed for Philly. Obviously that didn’t happen as LeBron went to LA, but the two now share the same agent.

LeBron and Magic proceeded to tamper with other young big name players like Anthony Davis, also a Rich Paul client, with rumors and leaks and very public trade requests. AD didn’t get moved as the Pelicans hold out hope for the holy shit mega deluxe package from Danny Ainge and the Celtics.

Now most recently, Sixers GM Elton Brand came out and said the Lakers asked to speak to Ben Simmons, which obviously set off massive tampering alarms right? Well not really as the league has seemingly turned a blind eye to Magic Johnson in the same way everyone in Boston used to adoringly say oh thats just Manny Being Manny every time Manny Ramirez did something moronic. 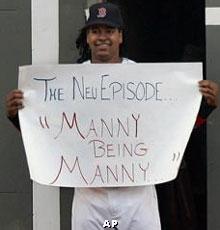 NBA spokesman Mike Bass told ESPN on Monday, “The league office is looking into whether any contact took place between Ben Simmons and the Los Angeles Lakers that violated NBA rules.”

Brand told ESPN earlier Monday that Simmons simply wanted the Sixers to help him facilitate “chatting with some of the game’s all-time greats.”

So a little bit more context to that story came out today. Allegedly Ben Simmons wanted to have a meeting with his (and LeBron’s) agent and Magic Johnson, the President of Basketball Operations for the Lakers (whom LeBron plays for) to just chat about basketball. All of this with everyone in the world knowing that LeBron has pined after Simmons, Simmons signed with the same agent and lifelong friend of LeBron, and now they all want to have a meeting with Magic Johnson, who has repeatedly gotten into dubious situations regarding tampering.

Well if you’re the Sixers GM you’re probably pretty pissed off about the whole thing right? Well you’d be wrong because today HE apologized to Magic Johnson for the whole situation. 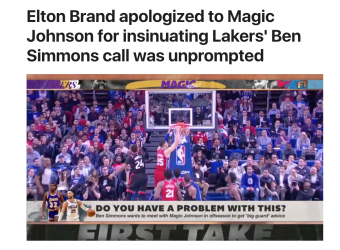 I don’t get it. This is how the Lakers routinely wind up with the best players in the league despite offering nothing but nice weather and poor management. Magic has got guys apologizing to him after trying to steal their players. Got it.